Land of the Free


Music plays in his mind like a soundtrack. It’s a familiar tune, from a film he thinks. The van he’s lying in the rear of is moving fast, and with every bump on the road he twitches with pain, for his ribs are broken. Feelings of resignation and rebellion rage within him. Fear too, for he knows what’s to come. Now, bound by plastic zip ties and a hood over his head, Hami thinks of his father. 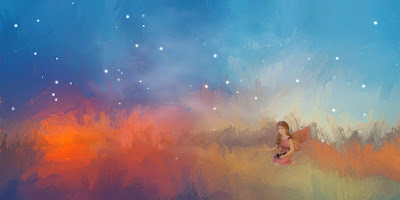 A few hours earlier he'd been walking home through the marketplace of the Old City of Hebron, under the wretched eye of settler and soldier alike. Noticing a group of internationals looking lost, he smiled their way. ‘Excuse me. English?’, asked a young man with a British accent. ‘No, Palestinian’, he answered with a cheeky smile. ‘And you?’ A little playful banter later and he invited them on a tour, as was his custom and source of income.

Not far from a settlement checkpoint Hami was pointing out a building of historical significance, now a popular teahouse, when a car started reversing into the group. It nudged one of them, a fair-haired twenty-two year old American girl called Sally, eliciting a scream. Hami, excused himself to confront the driver, speaking in Hebrew and gesturing towards his patrons. Ignoring him, the driver continued reversing menacingly, provoking Hami to slam his fist down on the car’s roof. The driver, ignoring Hami, got out of his car gesticulating and howling wildly to the checkpoint soldiers. The last thing Hami saw was Sally’s sorrowful gaze.

Now lying on the cold ribbed floor of the Israel Defense Force van and close to passing out, Hami begins to smile, remembering something his father would always say: ‘Your body may be imprisoned by the oppressor, but your mind can never be’. Within his hooded darkness, he begins to envision a team of American troops holed up just ahead ready to ambush the cavalcade of security cars.

The camera cuts to an aerial arc shot of a van driving through a desert backdrop, the sound of tires crunching the road beneath, while soldiers sing songs of victory having just captured the leader of the resistance.

It zooms into the rear of the vehicle to a close up of his body.

The music begins. A sharp and edgy guitar riff rumbles. Its pace quickens. A drum beat. Action is imminent.

The camera pans to a front-of-vehicle shot of his captors laughing indifferently. Side angle and extreme close up of their faces.

Cutaway to the rescue team.

Hami is thinking about his and his father’s love of Hollywood movies, how he’d bring home a new one every week. He thinks about his father’s love of everything USA, of the American dream. ‘America will come to the rescue. One day Palestine will be free, you’ll see’, he’d say. And his mother would laugh at his naivety, cursing the land of the free. He thinks of them both and of Sally and smiles.
free freedom Hebron Hollywood hope imagination Israel mind Palestine U.S.