The Holocaust isn’t that extraordinary an event, I’ve come to understand, when looked at in the context of human history. Although it should be. It ought to be one of those things that couldn’t possibly be true. A conspiracy, an exaggeration... But it is true. It did happen.
When juxtaposed with other acts of dehumanisation and of human destruction by equivalent or lesser actors, it is easier to understand. The Holocaust is simply on a continuum of scale of dehumanisation of which every person and every nation sits somewhere along.

And I believe that it can happen again, and is happening now, albeit to much lesser degrees and in different ways all around the world, and certainly has happened since the Holocaust too.

Of course, the Holocaust is unique in its scale and due to the history of Jewish persecution. No question. And of course, it is a completely abhorrent thing. Mind blowingly devastating when one really thinks about it and one immerses themselves in some of its historic unfolding and the barbarous acts. I am absolutely not attempting to minimise it in any way, but to understand it and contextualise it with greater clarity.

I’ve recently been reading a book called East West Street by Philippe Sands. It’s an engrossing account of the origins of the legal terms of Genocide and Crimes Against Humanity as well as the uncovering of the author’s familial connections to the Holocaust. It reads like a detective or true crime story, and is really well written. It’s heartbreaking at times. It’s also surprisingly encouraging and illuminating too.

While reading, and after finishing the book, I found myself doing extended research on the Holocaust, its lead up, as well as looking more deeply at the nature of this unfathomable phenomenon.

It has been really difficult to get my head around it: how such a thing could occur in the first place; what precipitated it; what was in the hearts and minds of those instigating and carrying it out; as well as what it must have been like for the victims and their community of sufferers. It’s truly mind boggling. All of these questions are completely impossible to properly answer and any answers I come up with are completely inadequate. But I am driven nonetheless. And I fear the answers are really very banal and quite universal.

My (simplistic) understanding of how the Holocaust came about is that it was a pragmatic, rational and albeit brutal response by, initially, Nazi Germany to what they saw as a social, economic and cultural problem. I say initially because the Nazis may have initiated the charge, but greater Germany more broadly too, because they participated. They were led. And many followed. It was a mass scapegoating of a group of people, yes. But it was consciously agreed upon that this group (largely, the Jews) of so-called intruders were the main cause of a diminishing quality of life for the German people and the so-called “master race”. Life and prosperity as they knew it had been put at risk. The Jews had taken it away from them and were impediments to Germany and the human race achieving their destined greatness. The Nazis, primarily Hitler, used a sentiment that already existed in German people and simply articulated it and fed it back to them in such a way that appealed to and manipulated the basest of instincts of many of its citizens.

It seemed very much to have been born out of fear and insecurity and racism and human disgust and of economic imperatives and ideology and romanticism and idealism and politics. And fueled and propelled by power and righteousness and a collective spirit and of permissibility and humanness at its basest. But very human, it was.

Other events from history and events that are happening currently that also seek to alter the social fabric and human demographics using dehumanising policies and sentiment and human destruction include, but are certainly not limited to: the American Civil War, The British/Australian genocide and ethnic cleansing of Australia’s First Peoples, Australia’s response to on Asylum Seekers, The Zionist (Israeli)/British/United States colonisation and ethnic cleansing of Palestine, the United States war on Islam/Middle East/Immigration, the Serbian genocide and ethnic cleansing, the Rwanda genocide, Congo, Vietnam, Cambodia...and on and on the list could go. Of course, these events are nowhere near equal to the Holocaust. But the sentiment and motivations underlying them are.

After reading East West Street and viewing some related material online, a few things struck me, making me think further on it. One was in an interview with Niklas Frank, the son of Nazi leader, Hans Frank (also know as the Butcher of Poland), overseer of Nazi Poland and some of it’s death camps. Niklas was seven years old when his father was executed in 1946, a result of the Nuremberg Trials. At the end of the interview Niklas (now in his fifties or sixties) says of his fellow German people, “Don’t trust us”, pointing to a latent potentiality to revert to dicatorship and a simlar response to the Jews in relation to the recent sentiment of anti-Muslim immigration. “As long as our economy is great’, he says, “and as long as we make money, everything is very democratic.”

The other thing that got me thinking was a series of photos in a short documentary called The Unbearable Lightness of Being a Nazi (https://www.youtube.com/watch?v=jUvcmGbtHWA). It was about a photo album of Nazi personnel working at or overseeing the Auschwitz concentration camp in Poland. One particular image that struck me was of a group of Nazi guards (both male and female) at Auschwitz. They are laughing and expressing that kind of lightness you’d expect from those attending a work BBQ or Christmas party. It made me think of a similar air of lightness I observed in the presence of Israeli Defence Force soldiers patrolling and securing the Israeli settlements in the West Bank of Palestine. And in the Israeli Settlers taunting and dehumanising Palestinian people. I recall it in photos and footage of U.S. military personnel in the Abu Ghraib torture scandals. Of U.S. troops in Iraq and Afghanistan et al. In pictures of Australian politicians defending Asylum Seeker policy, of justifying their support of wars in the Middle East.

But it’s not just the lightness, it’s also the fear and insecurity and hatred in people’s hearts and minds. In photos of Israeli soldiers apprehending children. Of U.S. drone strikes on civilian peoples in the Middle East. The Cronulla riots. Anti-immigrant protests. Brexit. Trump. Supporters of Trump. Supporters of war.

It fosters the belief in me that the Holocasut exists in the human blueprint. If it could exist in so many Germans during that period of the twentieth century, that period of cruelty and destruction — of which led to the Holocaust — and in other peoples too during lesser events in history and contemporarily, then it most certainly can exist in me and in you. For, to suggest that there was something particularly inhuman or evil about Nazis and the many German civilians who supported it, gives legitimacy to the notion that a group of people can essentially be inherently bad and ought to be eradicated. And what is required for such an event to recur? Amongst other things, the right (or wrong) circumstances and the right (or wrong) leadership. 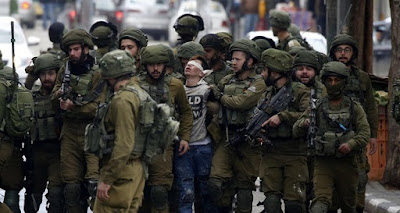 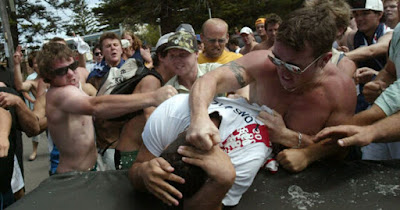 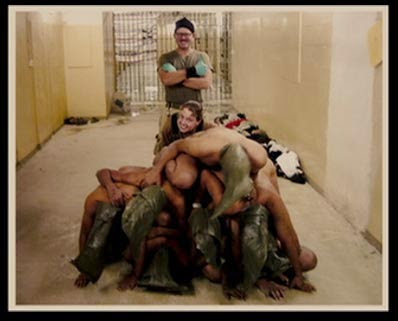 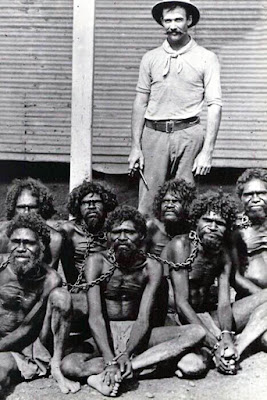 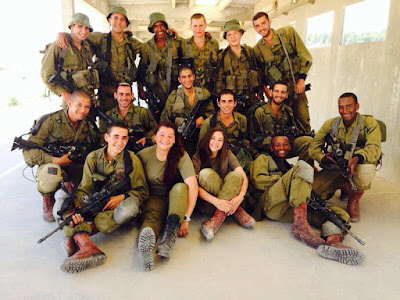